Sampling is one of many methods to perform signal analysis. Similar to other analysis methods, sampling takes a waveform x(t) apart into weighted components. Typically, the components are the basis for the waveform. The weights are called Fourier coefficients (even if we are not using a Fourier transform).

where each 𝜙n(t) is a basis vector (function) and each ⟨x(t) | 𝜙n(t)⟩ is a Fourier coefficient.

In the case of the inverse discrete-time Fourier transform (IDTFT), the set of all functions 𝜙n(t) ≜ eiwn is the basis, and the set of all values ⟨x(t) | 𝜙n(t)⟩ is the DTFT of x(n), as shown in Figure 1.5.

In the case of typical sampling, the basis functions are sinc functions shifted by integer multiples of the sampling period 𝜏, and the Fourier coefficients are simply samples x(n𝜏) of x(t), as shown in Figure 1.6.

Suppose x(t) is the waveform illustrated in Figure 1.7. 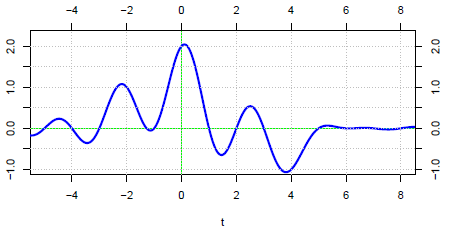 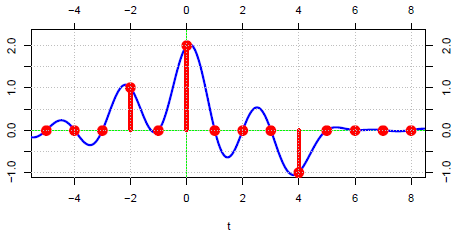 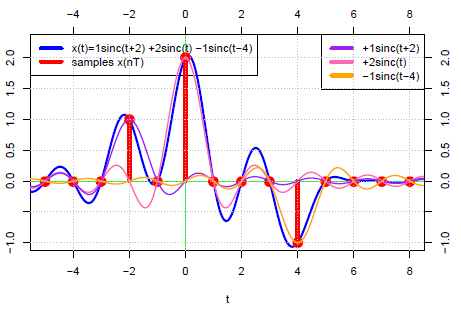