As we discussed in the previous lesson, the type of machine used to generate classical shock pulses is determined by four factors: the mass of the product being tested, the desired amplitude, the pulse duration, and the pulse shape as determined by the test standard. For a more in-depth understanding of shock testing, let’s look at several types of shock machines.

The pulse shape, duration, and amplitude of a mechanical shock machine can be changed by adjusting the speed of the machine’s movement or the impact of the movement on the product.

Lightweight and medium-weight shock testing machines were first developed by the United States Navy. With these shock machines, a pendulum hammer is driven into the stationary table a product is mounted to. The requirements for “shipboard machinery, equipment, systems and structures”—including the requirements for test machines—are defined in MIL-S-901D.

A floating shock platform is used for oversized products. The platform requires a barge floating in a quarry or lake and explosive charges to generate different shock levels.

Below are two composites of MIL-S-901D standard shock testing machines for lightweight and mediumweight equipment. 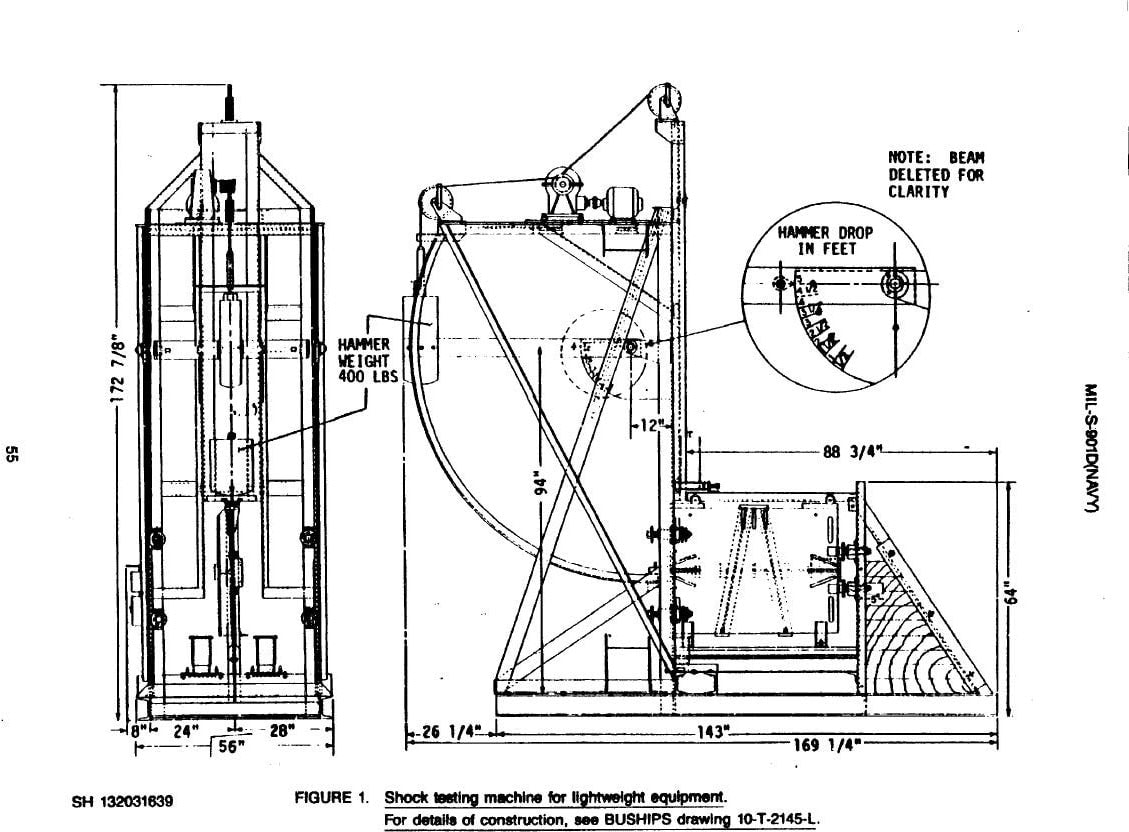 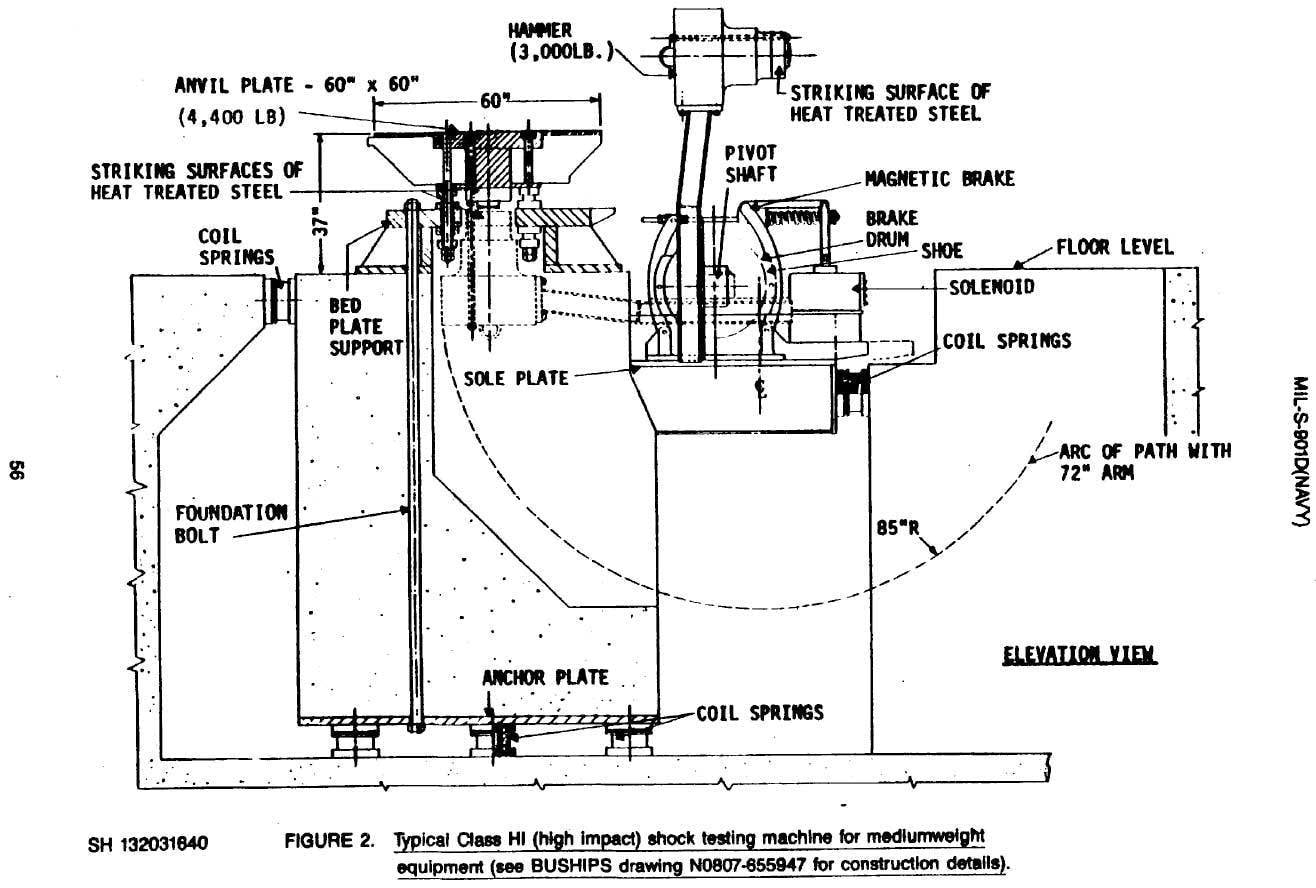 Drop shock machines can generate many of the classical shock pulses. To do so, they use a variety of “programmers” to change the shape of the generated pulse when the table is dropped onto a seismic mass.

Drop shock machines use the rapid deceleration of a product to generate the classical shock pulses determined by a test standard. A drop shock machine consists of a table-mounted on two parallel columns which, after being raised to a pre-calculated height, drops to the “ground” (see Figure 1.6.) In this context, the ground is a reaction mass that absorbs some of the shock in order to prevent unwanted contact with the actual ground.

During a free-fall drop shock test, the product is mounted to the table. The amplitude of acceleration and the shape of the shock pulse is determined by two factors: the height from which the product is dropped, and the material placed on the surface of the impact. The height determines the overall peak acceleration; the higher the height, the greater the acceleration when the product strikes the reaction mass.

When a machine is not tall enough to generate the desired amount of acceleration through the force of gravity, elastic bands or pneumatic cylinders can be added to increase the velocity of the impact with the programmer. The programmer is placed on top of the reaction mass where the falling table will impact. The dynamic response of the programmer determines the shape of the pulse. 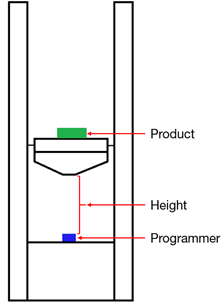 Creating a Half-Sine Pulse on a Drop Shock Machine

One of the more common classical pulse shapes is a half-sine. A half-sine shock pulse can be created on a drop shock machine by placing rubber material or another elastomer on the surface of impact. The table is raised to the height necessary to achieve the acceleration for the half-sine pulse. Then, the table is released; it strikes the rubber surface and rebounds.

In order to see the pulse shape generated by a half-sine drop on an acceleration vs. time graph, we need to consider the change in the product’s delta-velocity from the time the table strikes the surface of impact.

Example: Creating a Half-Sine Pulse with a Spring Programmer

To further illustrate a half-sine pulse, let’s consider the following:

Eventually, the compression of the spring reaches its limit and the acceleration is at its greatest point. Brought to a standstill, the product begins moving in the opposite direction. The tightly compressed spring creates a high change in velocity because the change in acceleration is high.

However, as the product continues moving upward and the spring becomes less compressed, the force pushing the table decreases in correspondence to the decreasing acceleration. An idealized graph of a half-sine shock pulse is shown in Figure 1.7. 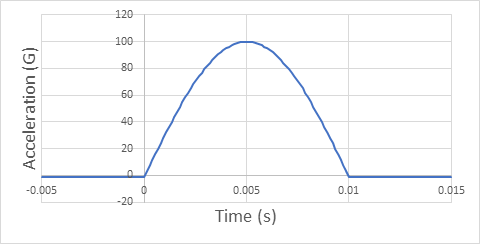 Figure 1.7. Creating a half-sine pulse with a spring programmer.

A spring was used for the thought experiment above, but similar principles apply when the material placed on the impact surface is rubber or another elastomer. Similar to a spring, rubber compresses and then decompresses.

Creating a Terminal-Peak Sawtooth Pulse on a Drop Shock Machine

Eventually, the lead cannot compress further and the product stops moving. At this point, the acceleration drops to 0 nearly instantly. Below is an idealized graph of a terminal-peak shock pulse with a maximum acceleration of 100G and a 10mS duration (Figure 1.9).

Figure 1.9. Idealized graph of a terminal peak shock pulse with a maximum acceleration of 100G and a 10mS.

It is important to note the difference between acceleration and velocity in this context. In the most recent example, the acceleration increased throughout the duration of the pulse, but the velocity decreased rapidly. Right before contact with the lead castings, the table was moving quickly. Over the course of 10mS, the velocity dropped to 0.

If we were to view the drop at regular speed, we would not notice the compression of the pointed lead castings because the motion would occur so quickly. However, in that blink-of-an-eye time frame, the lead points compress, and a greater force is applied to the table in the opposite direction—corresponding to a greater acceleration—until the motion stops.

The pulse amplitude for classical shock pulses on a drop-shock table can be adjusted by changing the distance from the table to the programmer. In some cases, springs or rubber bands are connected from the seismic mass to the table to create a velocity other than gravity.

Pneumatic cylinders generate an impulse force rather than relying on gravity, making it possible to generate much higher acceleration values in a smaller vertical distance. 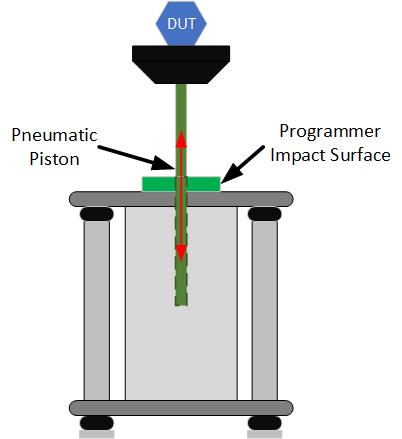 There are several factors that determine the type of machine used to generate classical shock pulses. Shock testing machines can be mechanical or pneumatic. One of the more common mechanical machines is a free-fall drop shock machine. With drop shock machines, the programmer can be changed to achieve the desired pulse shape.

In the next lesson, we’ll learn about another device for generating a shock test: shakers.