Suppose we run a sine sweep from 5Hz to 100Hz with 1G amplitude. In this example, the sweep is at 25Hz. Additionally, the product resonates at 25Hz, which excites the product’s harmonics—resonances at frequencies that are multiples of the 25Hz resonant frequency. There is acceleration at these other frequencies in addition to the acceleration contributed by the 25Hz vibration.

The results of the experiment at different tracking filter widths are given in Figure 3.1. 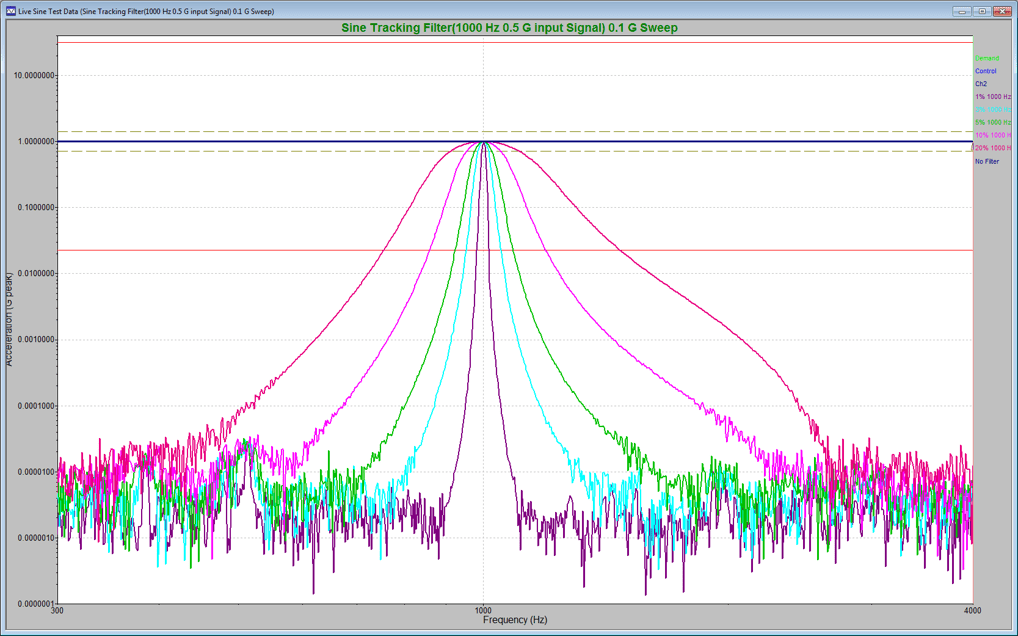