Engineers use a sine sweep test to find a product’s resonant frequencies. Resonance occurs when a product is exposed to an external vibration that matches its natural frequency. Resonance can lead to damage because it amplifies the product’s natural vibration.

Identifying resonant frequencies is essential to product development and qualification. A resonance test such as a sine sweep helps identify and observe a product’s response​ to a resonant frequency.

Engineers use resonance testing for:

A sine sweep test can be employed with the VibrationVIEW Sine software module (free demo).

A frequency sweep allows the engineer to quickly observe a product’s response in the frequency range of the operational environment. During a sine sweep test, a vibration shaker pans, or “sweeps,” through a range of frequencies. The motion of the shaker is sinusoidal; however, the frequency of the vibration increases or decreases throughout the test. 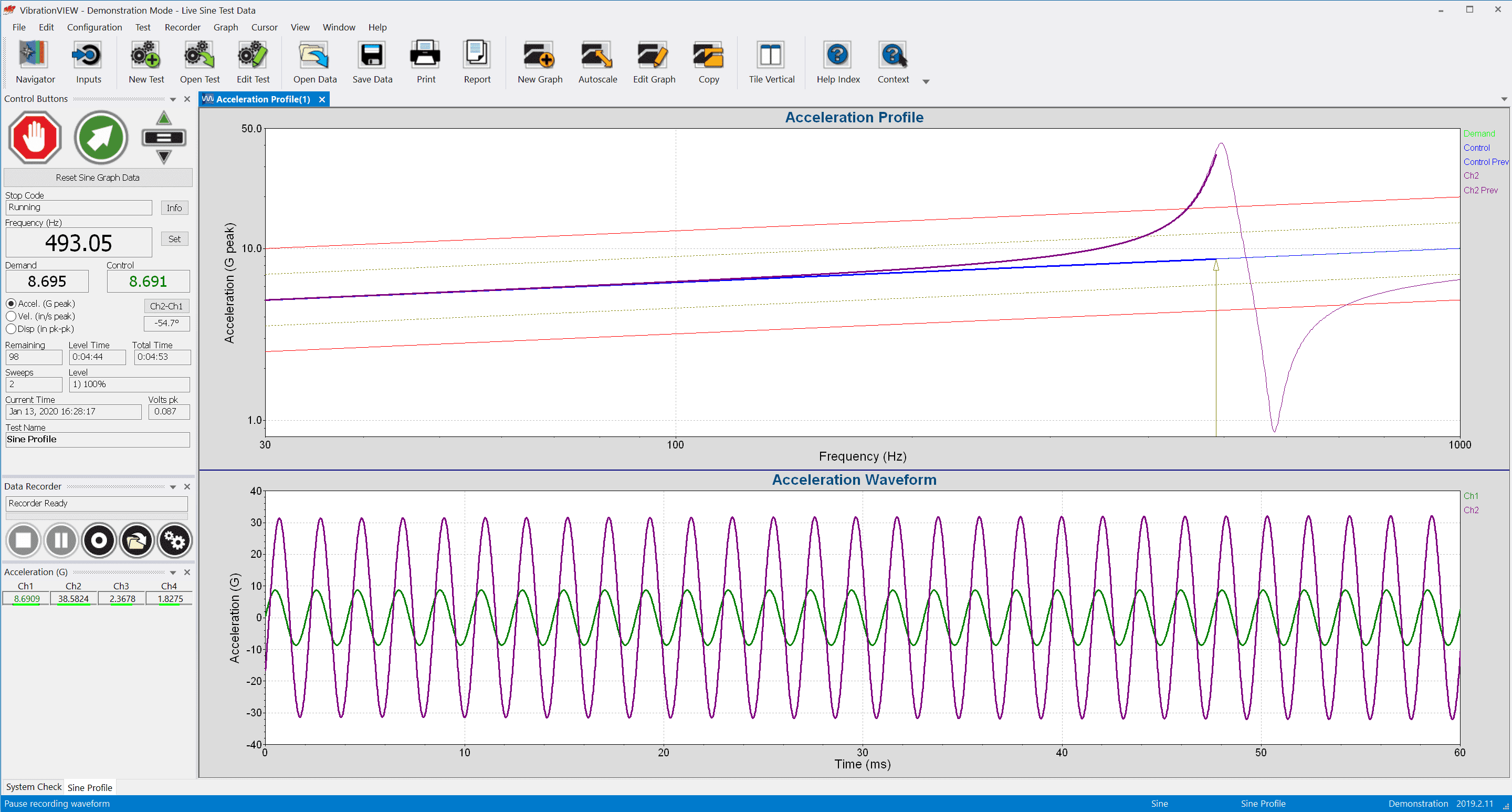 A sine sweep test in the VibrationVIEW software.

One sweep equals a single pass from a minimum to maximum frequency or vice versa (depending on the software). The engineer sets the parameters for a sine sweep test, which we will discuss in the following lessons.

Upon completion, the test will have run over a range of frequencies. After, the engineer can analyze the results and identify peak transmissibility: the ratio of input to output acceleration.

Run an example simple sine test in Module 1.1 of the VibrationVIEW Syllabus.

Example of a Sine Sweep Test

Figure 2.4 displays a shaker set up with a metal beam that represents a product. A control accelerometer is attached to the mounting point and connected to Channel 1 on the controller. 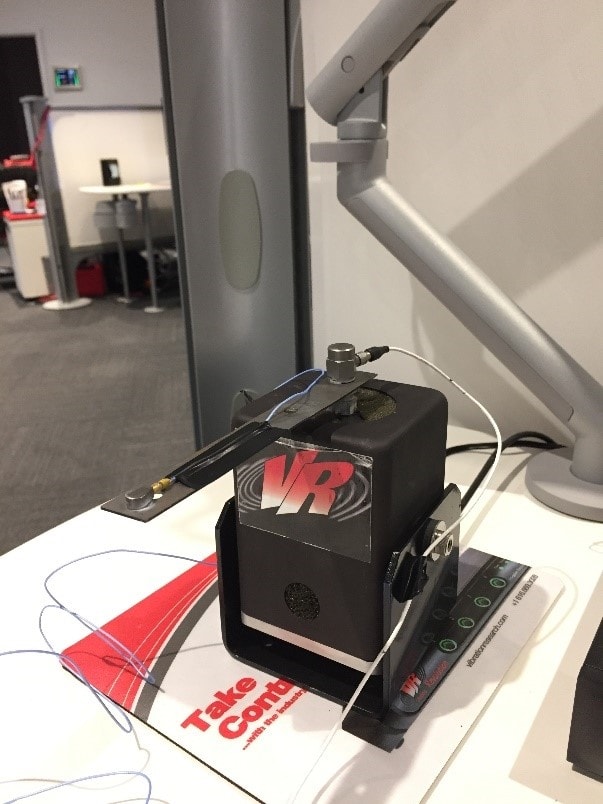 Figure 2.4. An example shaker setup with a metal beam.

Figure 2.5a displays the acceleration over the frequency range. The control accelerometer mostly experienced 1G during the test, although there was a deviation near the resonances.

Figure 2.5b displays a sample of the acceleration Ch2 experienced near the resonance. Two things are evident from the graph. First, the vibration’s frequency increases over time, and the cycles are spaced closer together as time increases. In other words, more cycles occur per second later in the test. Second, the amplitude of the acceleration of Ch2 increases dramatically near the resonance, which the engineer could see and hear.

The peaks in the acceleration over the frequency graph (Figure 2.5a) indicate the resonances of the metal beam. These are the frequencies where the beam vibrated at a high level in response to a vibration near or at its natural vibrating frequency.

Now, suppose the metal beam was a car mirror, and the resonances were excited anytime the car was on a highway. The resulting vibration would reduce visibility and could be a potential hazard.

It is important to test for resonances, as demonstrated in this lab example and many real-world applications. In the subsequent lessons, we will discuss the parameters of a sine sweep test and introduce another resonance test method: sine resonance track and dwell (SRTD).