Engineers often run sine tests as swept sine tones across a defined frequency range. In this case, the sweep range defines the sine test profile because it determines the minimum and maximum frequencies of the sweep.

A sweep can be defined in several ways, depending on the software used to control the sine test:

For example, consider a sweep range of 30 hertz (Hz) to 1,000Hz. The controller would start the test by shaking the product at a rate of 30Hz. Then, it would increase the frequency over time until the controller reached 1,000Hz.

The test could also be defined so that the sweep began at the high frequency and ended at the low frequency.

A test standard may define the number of sweeps along the lines of “transition from 30Hz to 100Hz and back to 30Hz a total of 7 times.” In VibrationVIEW, you would set a duration of 14 sweeps to meet this standard. 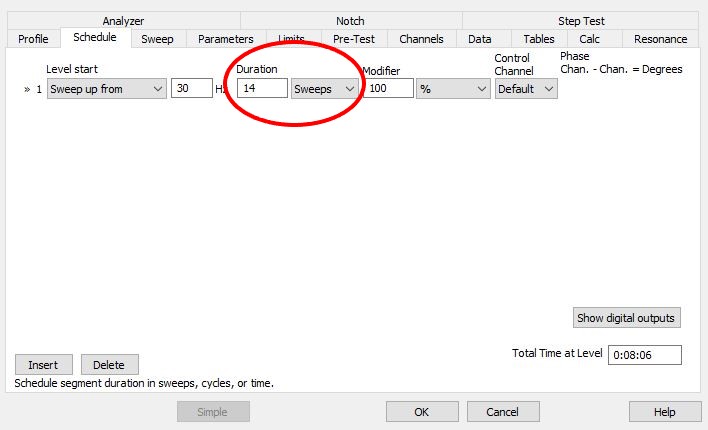 The software refers to these values as the start and end frequencies, and you can adjust them in the test profile. 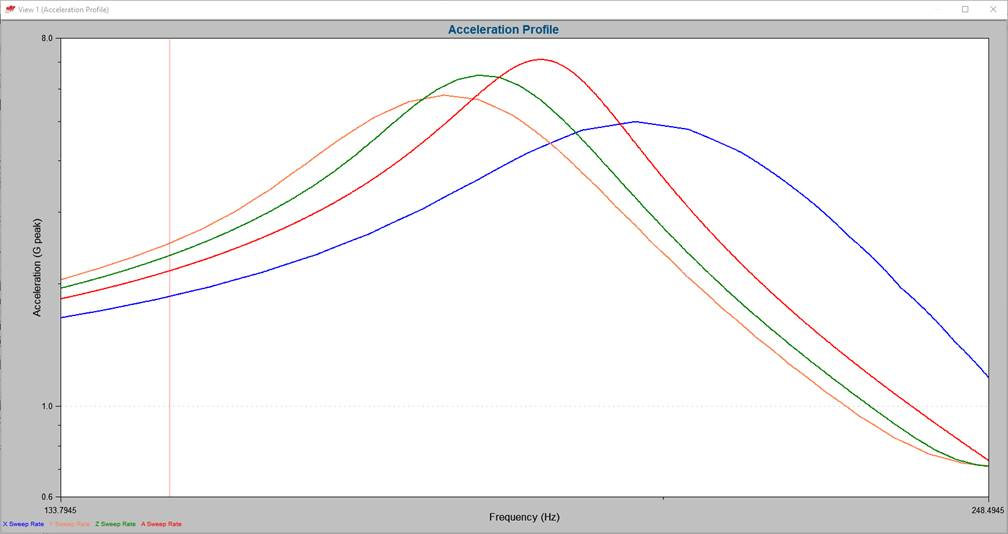 Suppose our sweep range or frequency range was from 10Hz to 1,000Hz. If we set our sweep rate at 2 decades per minute (dec/min), then it would take one minute to complete the sweep, as there are two decades between 10Hz and 1,000Hz:

Again, suppose our sweep range or frequency range was from 10Hz to 640Hz. If we set our sweep rate at 2 octaves per minute (oct/min), then it would take three minutes to complete the sweep, as there are six octaves between 10Hz and 640Hz:

The sweep rate can cause frequency-related errors if it is incorrect. If you set a sweep rate that is too fast and define a sine dwell, the software will likely dwell at a frequency other than the resonant frequency. In the following example, the 0.10 oct/min sweep appears to be the most accurate considering its curve in relation to the faster sweep rates. 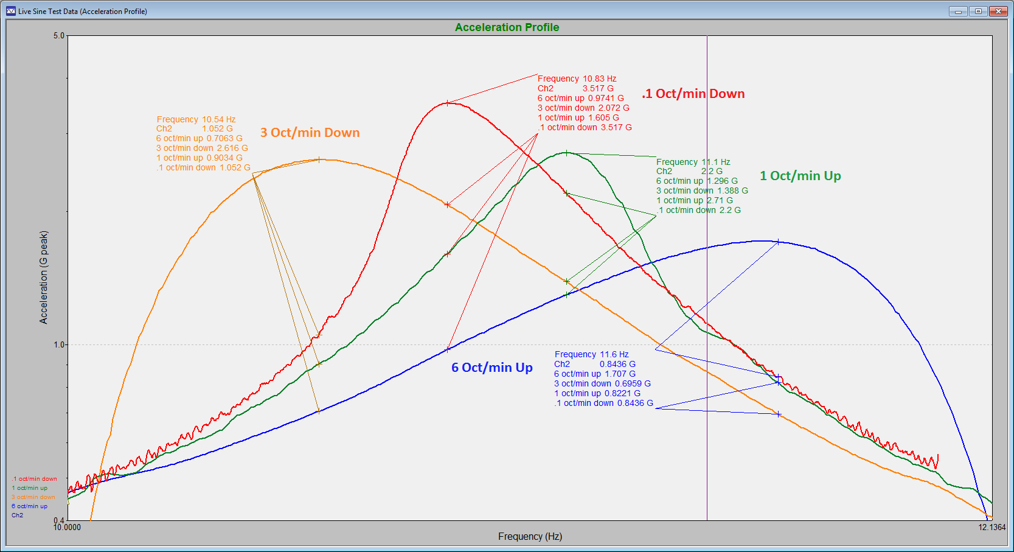 If you started the test at a resonant frequency determined by one of the faster sweeps, the controller would recognize that the value was not the true 90-degree phase and search for the correct frequency.