Resonance is an important concept in sine testing. Earlier, we defined resonance as the state of a system in which an abnormally large vibration is produced in response to an external stimulus. Resonance occurs when the frequency of the stimulus is the same, or nearly the same, as the natural vibration frequency of the system.

In Figure 4.1, three resonances stand out at 67.99Hz, 142.1Hz, and 538.1Hz. When, for instance, the shaker vibrated at 538.1Hz (538.1 cycles per second), or at the external stimulus, the end of the beam responded with a much greater vibration. The amplitude of the external stimulus was about 1G. The amplitude of the vibration of the end of the beam vibrated at 33.11G. The frequency of the stimulus was the same, or nearly the same, as the natural vibration frequency of the metal beam.

There are several measurements that are used to describe a resonance: transmissibility, bandwidth, and Q-factor. To these measurements, we now turn. 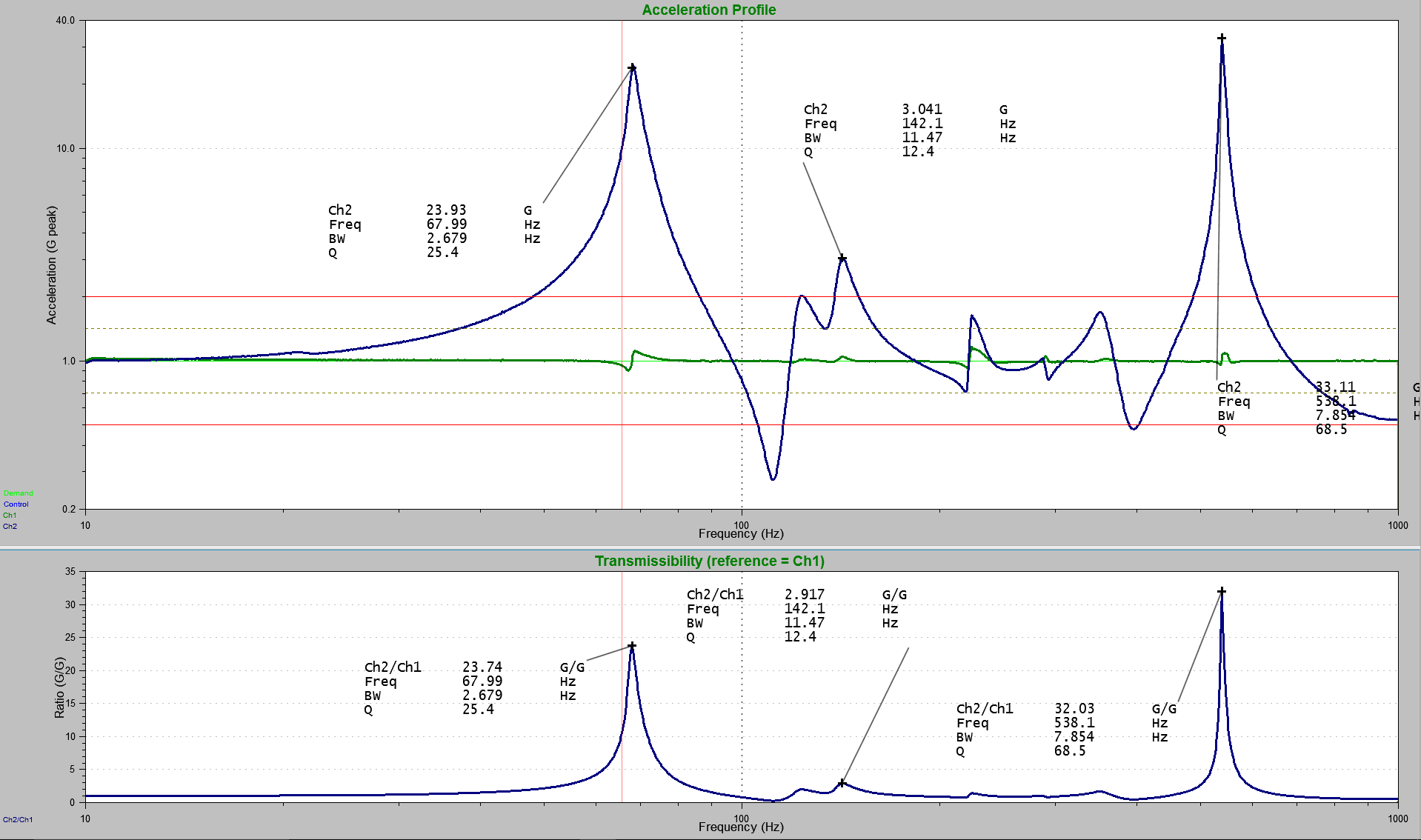 Figure 4.1. Resonances of a metal beam.