Sampling is a mathematical operation that transforms, or maps, a continuous waveform into a sequence of numbers. Typically, this involves taking measurements of the waveform at regular intervals and then structuring these measurements as a sequence of values.

Data sampling can be carried out using statistics or digital signal processing (DSP). Both yield useful insights. Statistical sampling provides a better understanding of the fundamental nature of the observed process. DSP transforms data into a sequence that can be further transformed by mathematical operations—e.g., filters. 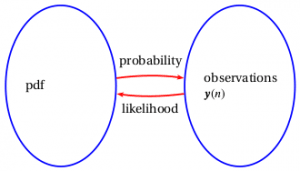 Figure 1.1. The probability space and the observation space.

Examples of estimated statistics based on collected samples are probability density, autocorrelation, cross-correlation, auto-spectral density, cross-spectral density, mean, and variance. In general, these quantities are not known, nor can they be. They can only be estimated from the samples provided by the mathematical operation of sampling.

DSP uses operations that transform one sequence in a mathematical space into another sequence in the same space. In many real-world systems, DSP begins with sampling.

Examples of DSP operations on sequences include filtering, windowing, and sample rate conversion. 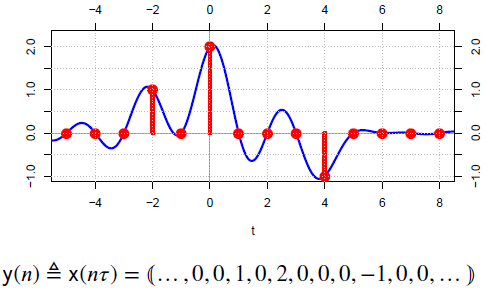