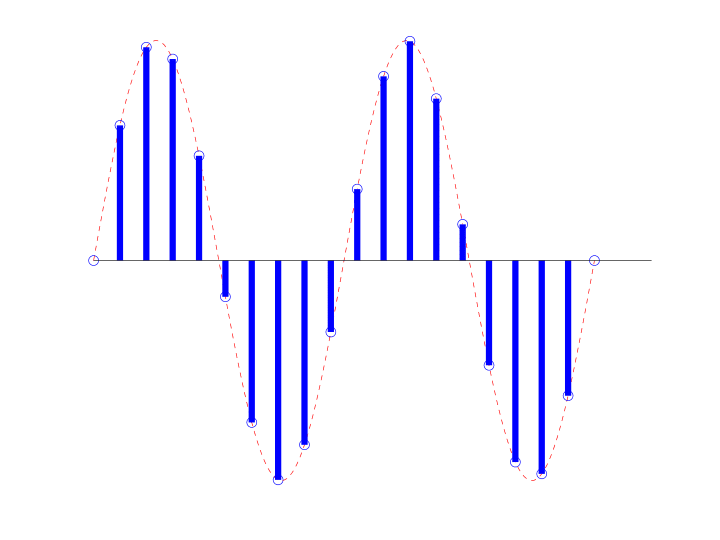 Waveforms that change slowly are said to be low frequency. To follow the same example, if the bus stops at a station one time per 10 hours, we might say that it arrives infrequently—the bus’s schedule is characterized by very few cycles per hour. 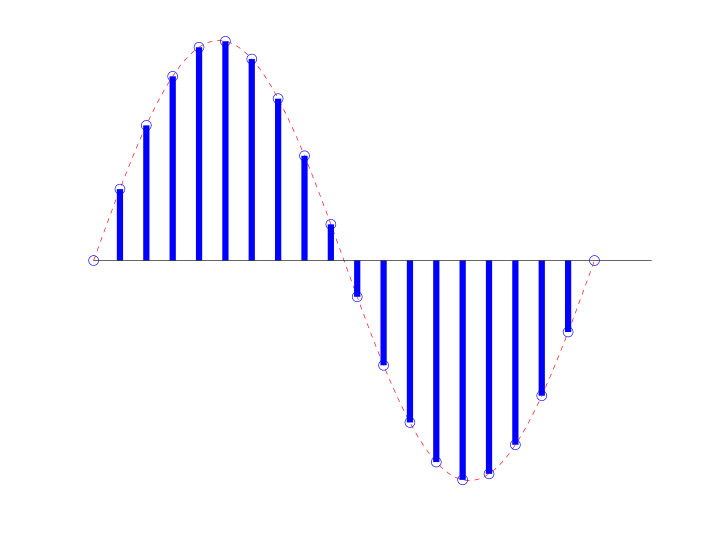 A waveform that does not change at all is often referred to as direct current (DC). If the bus breaks down and is always at the station, we might say that its presence is a kind of constant—it does not go through any cycles. This scenario encapsulates the idea of DC: zero cycles per unit time or a constant. 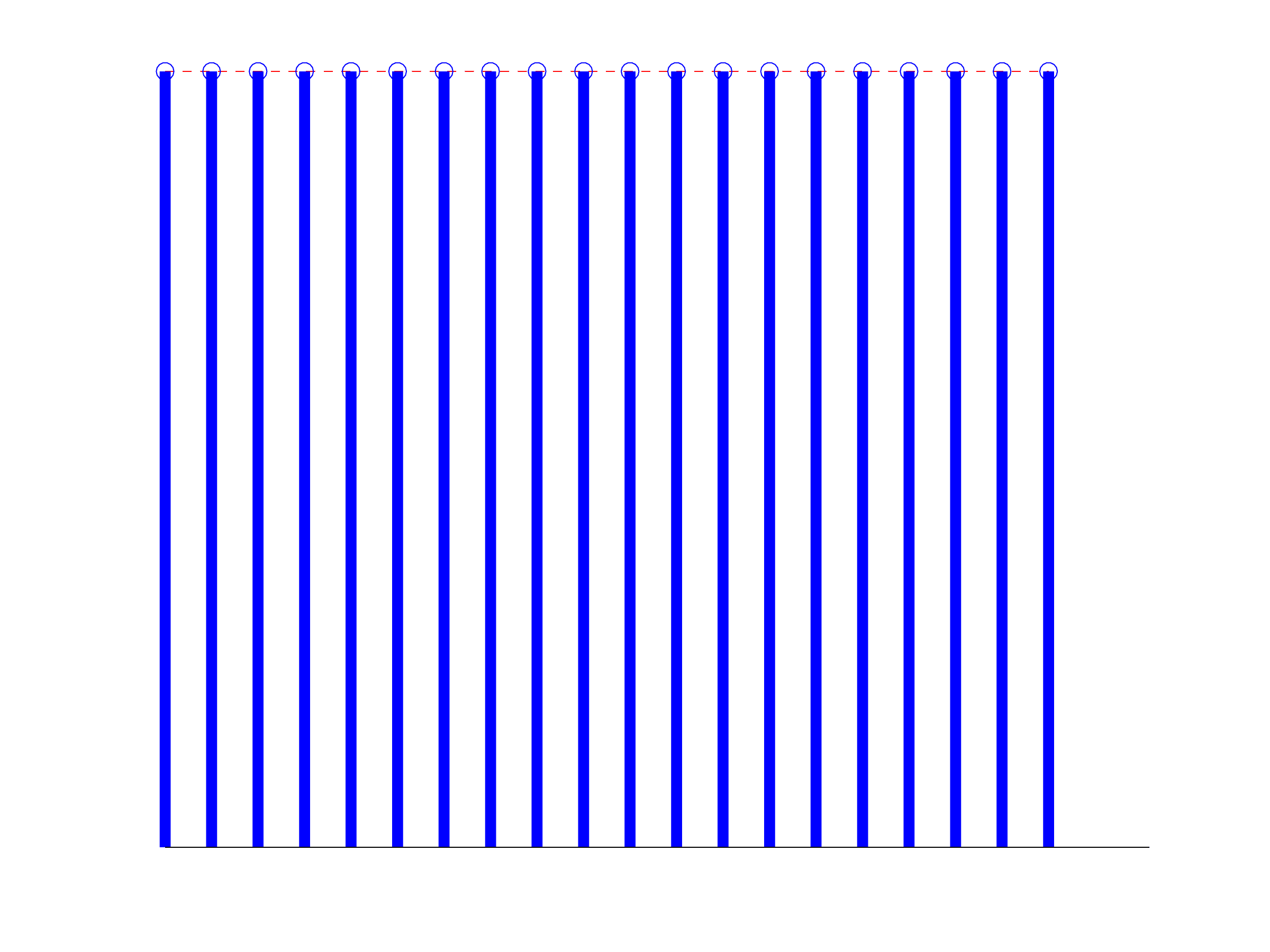 The focus of frequency is cycles per time. Beyond this, we want a concise function that represents a given frequency. The function should be cyclic, but there are many cyclic functions. Which one do we choose?

Arguably, the ideal function to represent frequency is the sinusoid: sines and cosines.

The idea of cycles per time of a function is related to the idea of the slope. A function cannot go through many cycles per second when it is changing very slowly–i.e. when its slope is small.

Sinusoids are eigenvectors for the differentiation operator.

Sinusoids are also eigenvectors for any linear time-invariant (LTI) system.

A sinusoid in yields a sinusoid out at the same frequency. The phase and amplitude may change, but no other frequency component will be generated.