The previous waveform approximation using polynomials demonstrates that a close approximation to a sampled waveform can be achieved by increasing the sample rate towards infinity. This is an important result of the mathematical field of Functional Analysis. However, real-world digital systems don’t sample at an infinite rate, or even close to it. Thus, the goal is to sample at a reasonable rate and still fully recover (perfectly reconstruct/synthesize) the original waveform.

“Is synthesis possible?” The answer is yes. This is one of the most surprising results in mathematics and one of the most fundamental results in DSP. The sampling theorem states that if a sample rate is at least two times the highest frequency component of the waveform being sampled, then perfect reconstruction is possible.

Mathematically, the sampling theorem states that a sequence of sinc functions (called a “cardinal series”) is a basis for a band-limited function 𝗑(𝑡) … and the coefficients for the projection of 𝗑(𝑡) onto the basis are simply the samples 𝗑(𝑛𝜏) of 𝗑(𝑡).

As shown in the previous lesson, polynomial interpolation between samples results in only an approximation of the original cosine waveform. Sinc interpolation, on the other hand, results in perfect reconstruction. See the graphs below. 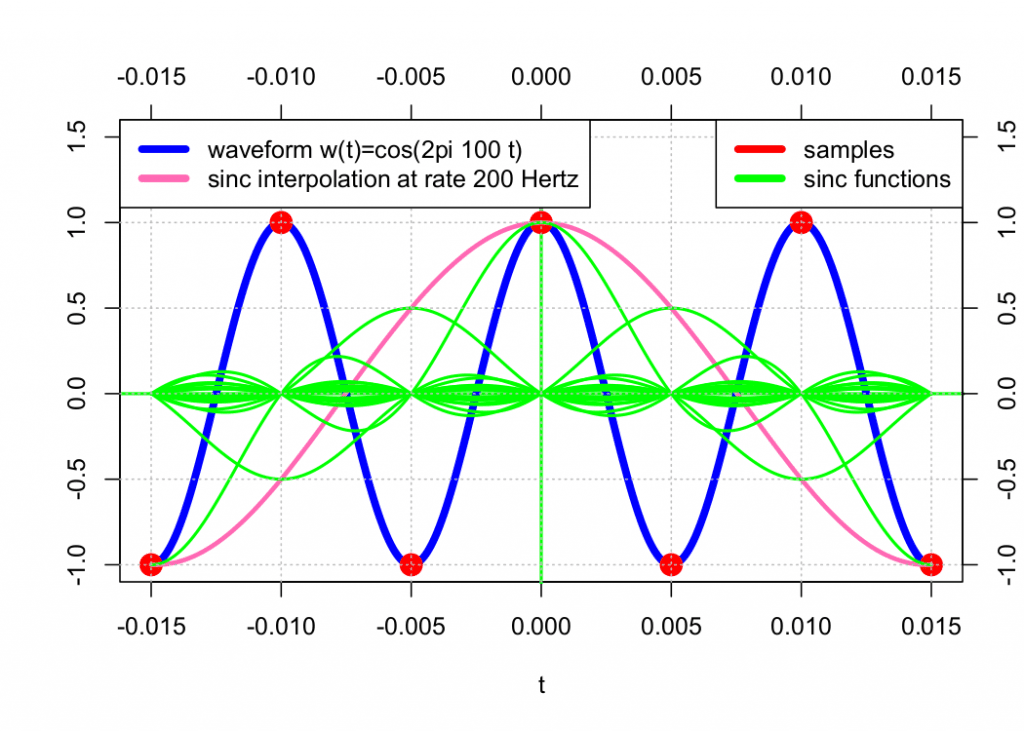 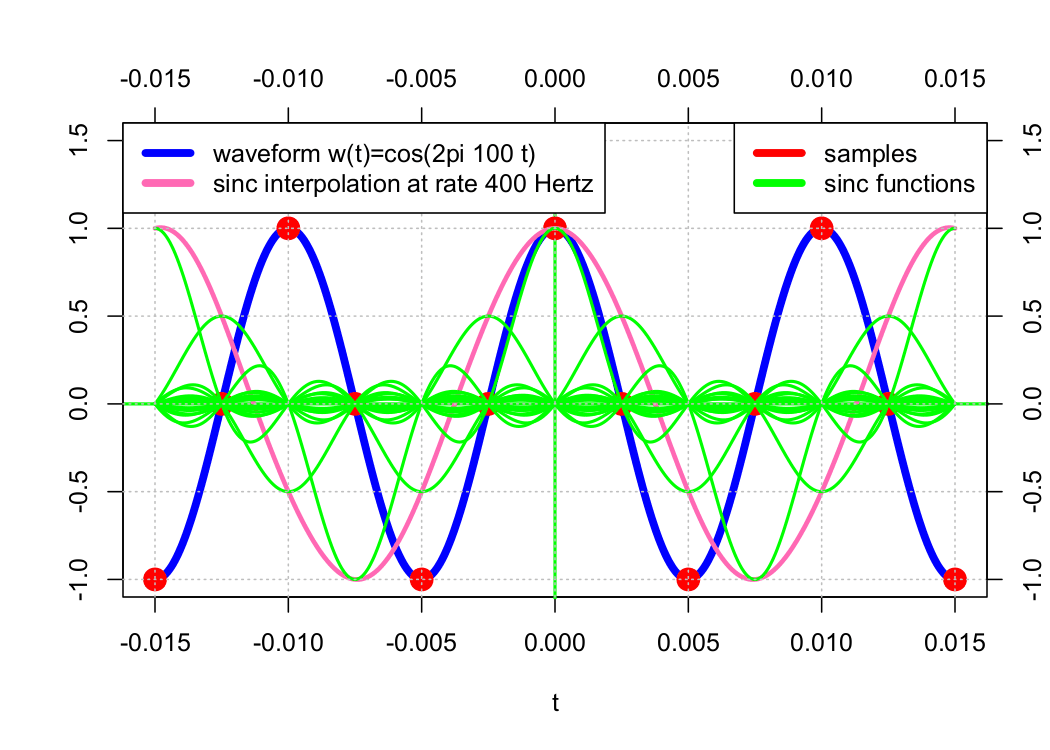 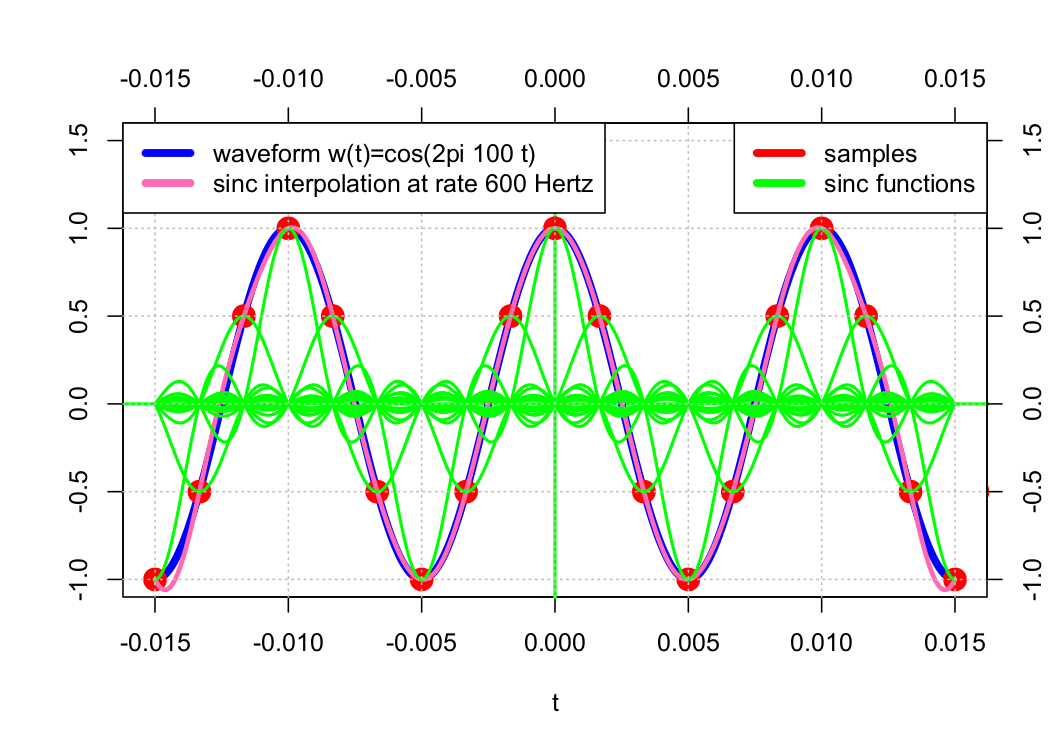