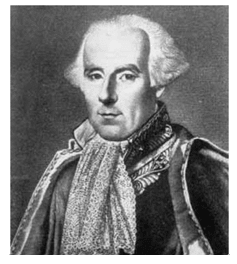 The central limit theorem states that the sum (or average) of multiple sets of N random variables will move toward a normal distribution as N increases. The French mathematician Laplace proved this theorem for a number of general cases in 1810 [2].

Laplace also derived an expression for the standard deviation of the average of a set of random numbers. This expression confirmed what Gauss assumed for his derivation of the normal distribution (visit the lesson on Confidence Intervals.)

Examples of the Central Limit Theorem

The simplest and most remarkable example of the central limit theorem is the coin toss. If a “true” coin is flipped N times, the probability of q heads occurring is given by the binomial distribution (Equation 11).

In 1733, the French mathematician De Moivre noticed this agreement between distributions. He used the following equation as an approximation for the cumbersome calculation for a large N value. However, he had not generalized it to other cases.

Another example is the average of a random variable x that is uniformly distributed between -0.5 and 0.5 (this might be the range of uncertainty in measurement.) There is a gradual convergence to the normal distribution as more random variables are added to the average (Figure 3.11).

Figure 3.11. PDF of the averages of uniformly distributed random variables.

When the PDF‘s magnitude is on a linear scale, it is not clear what is happening at the distribution tails. This can be corrected by plotting the magnitude on a logarithmic scale. In doing so, the large deviation between the average of four uniformly distributed random variables and the normal distribution are visible in the distribution’s tails. This is significant in cases where a signal’s extreme values are critical to understanding a product’s behavior, such as in fatigue analysis.