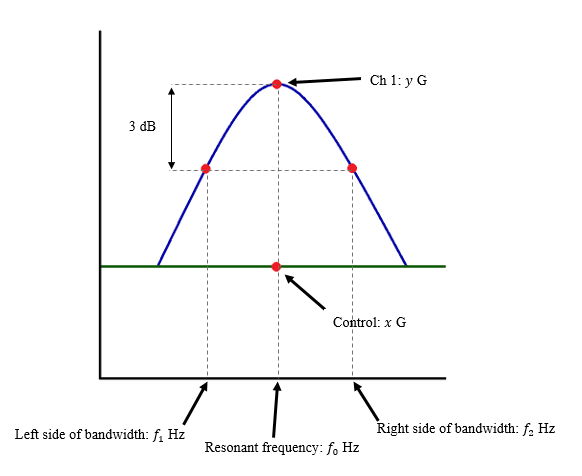 For example, if the center frequency of a resonance value was 97.91Hz, the equation to solve the Q-factor would be:

Figure  4.2. Q-factor of a resonance (with some approximation).

In Figure 4.3, the left graph displays resonances with the same amplitude and center frequency but varying bandwidths. Notice the difference in sharpness between the three curves.

The right graph displays resonances with the same amplitude and bandwidth but varying center frequencies. On a linear axis, the difference in sharpness is not evident. However, it is on a logarithmic axis.

The sharper the resonance, the harder it is to control. For an in-depth discussion on this topic, see the following webinar on SRTD testing.