Introduction to the Sine Wave

The sine wave is fundamental to vibration testing. It is the basis of sine testing, which engineers use to identify resonances and validate fixtures. The sine wave also lies at the heart of the Fourier transform: the fundamental tool in the analysis of random waveforms.

Figure 1.1 shows a sine wave oscillating with regular frequency and amplitude. A wave’s frequency refers to the number of cycles—or oscillations—that occur in one second. The orange portion of the wave from 0-0.2 seconds is a single cycle. 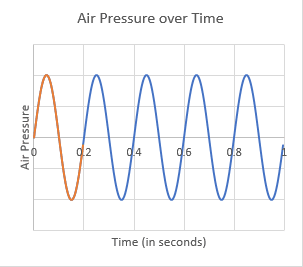 Figure 1.1. A sine wave for air pressure over time. The orange portion of the wave from 0-0.2 seconds is a single cycle.

In Figure 1.1, the air pressure-measuring device recorded five cycles over one second. This means the tuning fork was vibrating at 5Hz, where the unit hertz (Hz) is cycles per second.

A sine wave oscillates with regular frequency and amplitude. We have learned about frequency—the number of cycles the wave completes in one second. Amplitude indicates how far the wave deviates from its position of rest. 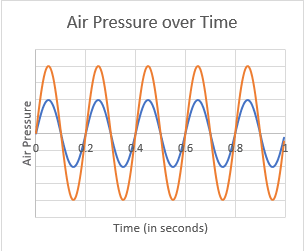 Sine waves with the same frequency and different amplitudes.

Figure 1.2 illustrates the characteristics of a sine wave on a graph. 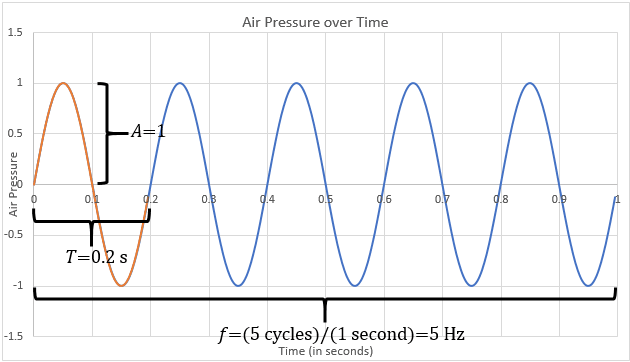 Figure 1.2. Characteristics of a sine wave: frequency (f), amplitude (A), and period (T). The orange portion of the wave signifies a complete cycle (from 0-0.2 seconds).