The general purpose FIR filter (GP-FIR) utility is a tool for data filtering with a finite impulse response (FIR) filter. 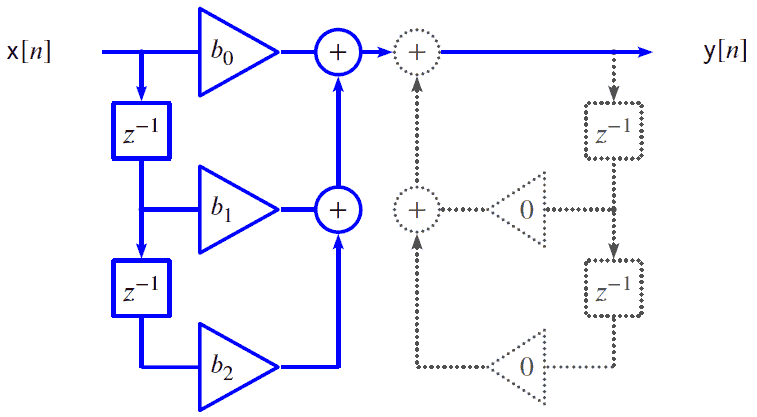 Unlike the IIR filter, the FIR filter does not use feedback. An FIR filter often uses more multiplication and addition operations to compensate for its data flow impediment, sometimes upwards of 200 times as many.

However, designing an FIR filter with a linear phase is simple because of its feed-forward-only data flow. A linear phase ensures that all frequency components—regardless of their frequency—will be delayed by the same amount of time.

Coefficients for an FIR filter, such as those in the above illustration, may be generated by ObserVIEW based on the user’s desired frequency response.

Alternatively, FIR coefficients may be copied and pasted from a third-party software package such as MATLAB® or GNU Octave® or a website.

Filtering with a high coefficient count FIR filter introduces long “tails” at the beginning and end of the processed data. In ObserVIEW, these can be trimmed off the filtered data by selecting the Auto Trim Tails check box when exporting time waveform data. 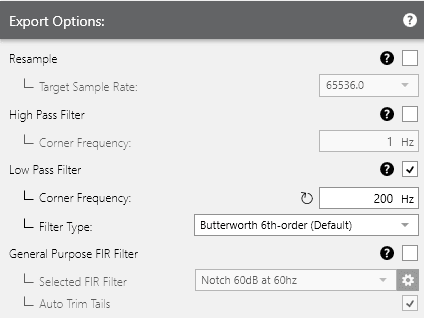 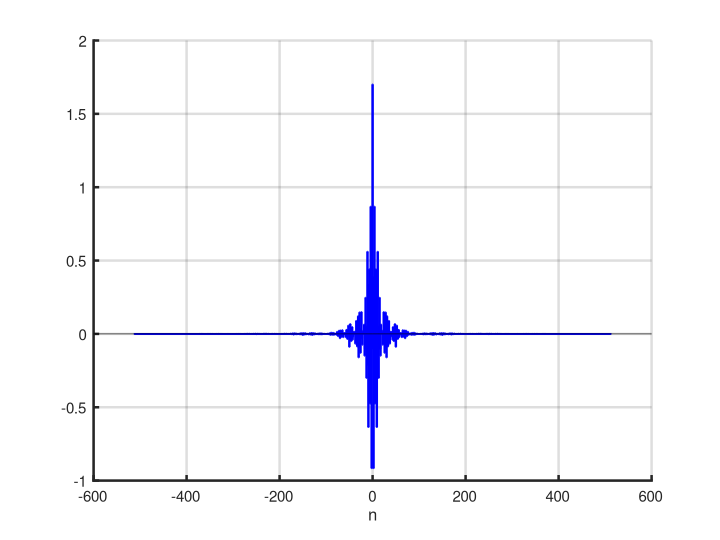 Tails at the beginning and end of the processed data.