What is the PSD?

In vibration analysis, PSD stands for the power spectral density of a signal. Each word represents an essential component of the PSD.

Density: the magnitude of the PSD is normalized to a single hertz (Hz) bandwidth. For example, for a signal with an acceleration measurement in unit G, the PSD units are G2/Hz.

Figure 2.1. The vibration of a car floor panel.

The signal’s average amplitude cannot be specified by the mean value because it is near zero. However, we can square the signal, which results in a positive quantity. Then, we can compute the mean-square value. To obtain a linear value (of acceleration, in this case), we can take the square root of the mean-square value to obtain the RMS.

The PSD plot can be created by an infinite number of waveforms, but when a PSD is defined, the GRMS will not change. This allows engineers to match a PSD to a specification and determine if the Grms is as required. They can also use the GRMS to compare two PSD plots and verify that they are measuring the same amount of energy.

Automatically compute the root-mean-square (RMS) from a breakpoint table with the following random RMS calculator: 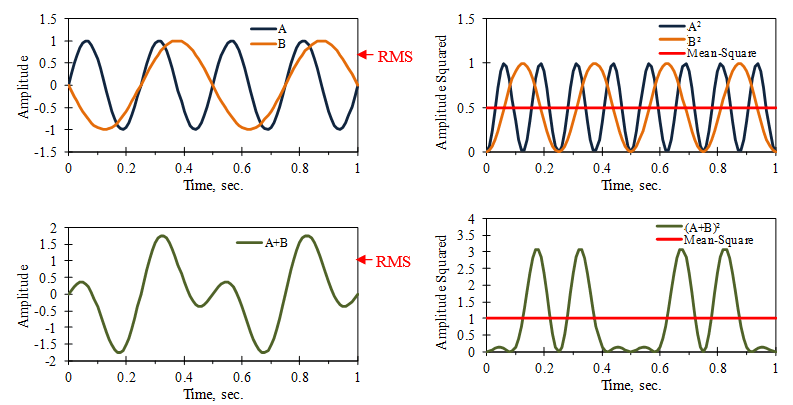 Figure 2.2. The mean square value of A+B equals the sum of the mean-squares of A and B, where the mean values of A and B equal zero.

Mathematically, this is a general result for two independent variables A and B. The square of the sum is (A+B)2 = A2 + 2AB + B2.  If the two variables are independent and have a mean value of zero, then the mean value of 2AB is also zero (Figure 2.3).

There are cases where the PSD is represented by the square root of its computed value. Therefore, an acceleration PSD may have units G/(Hz)1/2. Make sure to determine the PSD units.

The frequency distribution of a signal provides useful information when dealing with systems that have resonances. In Figure 2.4, a cantilever beam was driven at the base by a broadband signal, which has a wide distribution of frequencies. An accelerometer measured the tip vibration.

It is difficult to determine the beam’s resonant frequency values from the signal’s time history (left). However, the peaks in the tip vibration’s frequency spectrum clearly show these values (right). 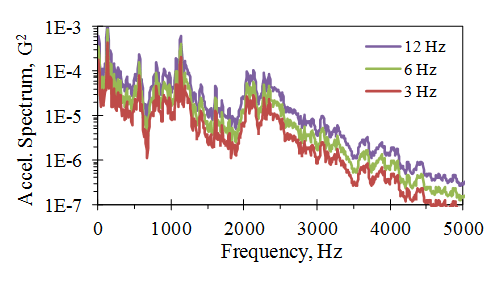 There are cases where individuals confuse the bandwidth-dependent frequency spectrum and the PSD. Make sure to determine if the bandwidth normalized the magnitude, which would be a feature of the PSD calculation.